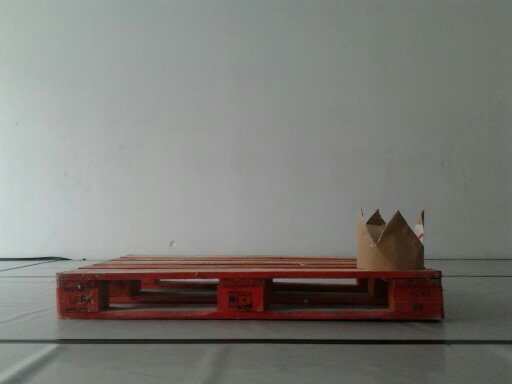 All of the friends that I left behind were full of envy seeing my ‘Big Move’ to the ‘Big World’ as giant neon letters, with sparkles and glitter to be admired far in the distance, way above their noses. They told me l would never come back to Poland nor actually want to... I of course not once thought of what I was leaving behind. All I saw were those bright neon light(s) and sequins falling from a bluer sky. I couldn’t speak the language but I was full of curiosity. There was so much to learn, to see; the world had just opened up. Once I arrived and acknowledged the neon (by that time I almost understood it) there came another moving for ‘moving’ and after 3 years’ time, yet another.

All for dancing, all for learning - wanting to absorb, to know more and try more. Inside the net of international (and transnational) crossings I floated, wanting to become an artist and then, a better artist.

I am, as I like to call it a, ‘pure’ Pole, who has been away from Pole land for 8 years now and of course, or maybe by coincidence, all of those 8 years, for dancing.

By the time I left Poland I was 16. I was with a great group of friends, secured place in a high school, did lots of disco and hip-hop dancing and laughed loads, on a daily basis. The only thing that could make me consider leaving it all behind, was some more ‘real’ and ‘underground’ hip hop dancing and the quite deeply ingrained idea that, even though unknown, the West was surely better. I then started to think only of what might be ahead of me. The ‘Big World’ - It was London at first– the city to be in, the ‘Big Entrance’ or more - ‘nothing like anything I had ever known before or could even imagine…’.

Throughout that time I didn’t have many Polish friends around me, very few in fact and then only after I’d already been abroad for a few years. I therefore wasn’t really reminded of ‘my’ culture and by that time, I did not see it as my concern anyway, I was consuming new information and influences with too much relish. What I was surrounded with though, were tons of jokes and references about polish/eastern European people. I had heard a number of these never questioned (by the very storytellers) stories and stereotypes about cleaning ladies or drunken plumbers, blonde or bold sauerkraut eaters. Of course, I laughed, they were funny – I was happy that these international friends of mine had heard at least something about Poland, and why wouldn’t I be? I was now quite distant from the East, member of an English speaking community of dancers from all over. It was dance that mattered, not my blood or my culture. It was training and the idea of becoming “more” that I cared about the most.

After all that, the last (for now) moving for ‘moving’ sake happened. This time to a smaller place, a smaller community, yet even more international, intense and way more outspoken and opinionated than I had ever experienced before. There again, Polish friends weren’t the most common but there at least were much more of ‘us’: Eastern European people.

So then, because of there being a group of ‘Easterners’, naturally the ‘Westerners’ showed up. We were very lovingly curious about each other. We all met on neutral, central territory – Belgium/Belgie/Belgique.

We all talked and talked in English (what I mean by talking in this case is more of an action: a situation of sharing, a discussion, a seminar in which we have the ‘W’s’ group talking and then the ‘E’s’ group not really talking _ about art, politics, philosophy, traditions, culture and all the things that people, when you put them into a classroom in an institution, talk about. The great (?) knowledge, sophisticated and difficult-to-grasp English words, impressive remarks and references understood only by the few, once again contributed to my admiration for the W-shaped neon. ‘Wow’ had been the hovering melody not only within my ears, but within the whole classroom, and the reason for its presence I can only question now...

Being so overwhelmed by how much knowledge I ‘lacked’, I decided to stay quiet in classroom situations and, in my free time, try to ‘catch up’ to their(?) level, their(?) volume and their(?) quality of information as mine wasn’t, or just didn’t seem, rich or interesting enough. So I did, and this kept me mute for a while.

Gradually I felt that this quietness of mine kept bringing me down and kept on eating my confidence and my, let me use it, own artistic voice.

After another while of experiencing a literal feeling of oppression in my chest there was a revelation, an ‘e basta’ moment, the moment when I noticed and admitted the frustration, the moment when it all started to boil.

I then went on observing the phenomena of ‘W’s’ and ‘E’s’ more closely. I began to question my position within the ‘W’ and at the same time look at the ‘E’ group members more carefully. I looked at the personal as well as the artistic and creative qualities of each. In order to learn a bit more about what I was experiencing, I tried to find a steady and neutral point in between the ‘W’s’ and ‘E’s’. What became visible was maybe a general but quite a clear difference between calmer, slower and quieter East- flavoured part and then loud, fast and outspoken, not easily missed and always talked about West side stories and their characters... Of course, all we ‘artists to be’, wanted to be seen and be the subject of conversations. ‘Successful’ was (and probably still is) the overused key word we all aim(ed) to have as a badge.

By that time I had noticed that this centrally situated Belgian boat of dancers and artists, together with their created art and products, started to shift slightly and the balance tilted towards the ‘W’ side. It was, I felt, no longer an environment where real, honest, dear, moving, personal, virtuous, truthful, authentic, pure and deep artistic expression could happen. It also became an environment in which the word ‘emotion’ and emotions themselves became clichés to be avoided, overpowered by the fore mentioned, (very problematic) “great knowledge”. And if what I describe here was not the case for other travellers, then it surely was and still is the case for me.

If I was to try to re-balance the boat a bit, even if only within my own head or only this one inch to the ‘E’s side, I knew I (or we) had to go back and get hold of our own roots: to secure them more deeply . Absorbed with all the elements ‘ahead of me’ I suddenly needed to know what the elements ‘behind me’ were, and what they meant in this multicultural ocean of art making, dance doing, story sharing or just simply - living.

I guess this was when it hit me. I had done what now really shakes me with disapproval and criticism for myself. I cut them lose. I severed my own roots, background and history for something I thought was more interesting, more valuable. I almost allowed myself to ‘swap’ them, because of my fascination and amazement for something else that seemed to shine more.

I also realised that this shared boat was a base and then a carrier for a newly forming community that created itself in very intense circumstances through talking, creating, exchanging the cultures, backgrounds, history and habits of its members. But beforehand, very little, if anything, was shared. On this unknown and yet to be discovered and moulded ground, the exchange shaped a new culture in which the need of confirmation, recognition and the establishing of artistic identities directed the entire mingling process. It was a culture in which the vibrantly coloured neon and a microphone, especially at first glance, seemed to give the much desired security of easily attracted gazes and the approval of many.

Another understanding, another trigger point was to finally understand, through my own vision and experience, the common (but not the geographical) division and difference between West and East by looking into my own Poland. After a long time spent ignoring and neglecting it , I finally made good friends with it and began to appreciate it; to learn about my own luggage that I (and every single one of us) carries during these international and multicultural journeys of ours.

This popular admiration and, in many cases, visible overpowering of and aspiring to the western culture in the capitalistic society (and I am not talking only about the arts world here but that is the one in which I gained my experience), led me to look back at some interrelations from past events of world history. This provided me with a perspective that I was and am still researching and working on. A way to observe, understand and start to slowly dissolve certain tendencies that, although not necessary productive or creative, are still repeated on a daily basis.

As an East-European, a Polish one who allowed herself to be over lit, or rather blinded by the strong light shining from the western side, I have found some coherence and answers to the ‘W&E’(phenomena) in the post World War II period, more specifically, in the fascinating relation between communism and capitalism that I still see as very present in the development of today’s society. Surely not everyone seeks this reasoning or needs to see these tendencies decline. But I did and still do.

What I have found very worrying while living in the very centre of a very international community, is the ease with which, after time and with geographical distance, one increasingly abandons one’s own luggage.

What I also realised, by acting almost in contradiction to it, is the importance of equal weight and influence from every culture that contributes to that mixed and shared pot that day by day becomes more globalised, neutralised and alike..

Even though it may seem so, I am not standing here on behalf of the right side of the map, nor criticizing the left. Nope. I myself take a lot from Western culture and find it intriguing, fascinating and confronting. I live inside of it. What I want to share though, is an awareness of some repetitive trends that happen inside of the West and East relation and that can be seen in both, narrower or broader understanding of it. What I describe I have seen through the eyes of a dancer but for now dance does not let me express what it has fed me. I hope I can share my questions and wonderings and maybe have them resonate inside some of you, or not..

But here it is, a written piece of my story and a question: why is it still so easy or maybe even natural, to gravitate towards what seems as though it is stronger, speaks louder, is more commercialised, shines some more and wears glittery leggings?