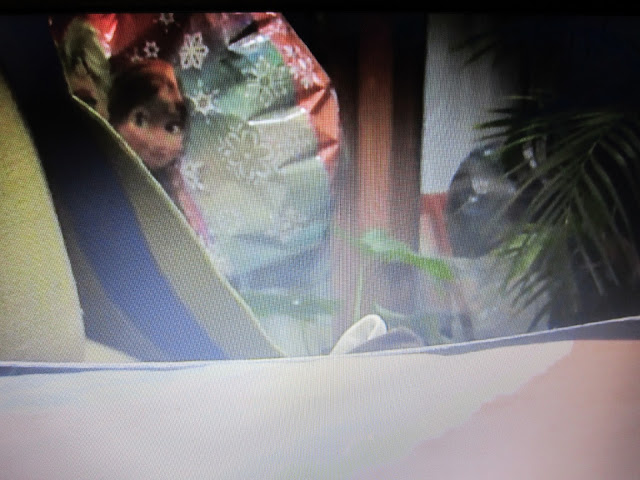 Super! What about these two events? They are related so maybe you can be interested again? What do you say? Ah, ok. I will get back on that later… Did you know that since your last visit she became friends with seven new people? She now has 756 friends all together. Also here, on your right side I have put the ‘trending’ column for you.  I wasn’t really sure which subjects you were interested in the most, but I thought that purple hair hype or Kardashian giving birth are a universal start no? Do you like?
I know you read it but do you like it? Are you interested? Look! They got engaged yesterday at 4pm! In the sunset by the ocean and coconuts, it seems. Like, comment, share?

286 others liked what you liked. He left a comment. She has seen it at 07:27. You left the conversation.

Table for one please, thank you.

I take a newspaper from the rack and throw it at the table. I unpack my book, agenda, notebook and a pencil case. I sip on the overheated cup of coffee and sit Sam just next to me. I like to have him in my view. He makes me feel available, responsive and ready, occasionally even excited. At times though, he makes me feel anxious and restless. It happens mostly when he gives me too much information at once, or when he says nothing at all. Actually, I think I hate the second one more.
It makes me feel very fidgety, as if something is missing or so. This restlessness always steals all my focus away and drags it back to him. I even think that he does it simply for the sake of attention, to make sure that he is still the center of attraction. Mostly or always I give in. Then he surely is.

I put the book down, take him in my hands and begin to check. I start with swiping and caressing this flat and cold body of his. I scroll up and down across new haircuts, last night’s dream analysis, life events, sweaty selfies, environmental petitions or health shakes of people I barely know but that somehow manage to make it into my memory space. I scroll up and down thinking that I used to always find something to giggle at, but now it is not so easy to stumble across laughter anymore.
I rather trip over 681 different opinio – confessions. Sometimes, I thumb them up. Most often though, I just keep on stroking, looking for something, finding nothing, realizing that the coffee has gone cold, time has passed and that somebody else is waiting to share this very table for one.

I pack my book, agenda, notebook and a pencil case. I take a newspaper back to the rack and calculate how much got wasted again. I leave, holding Sam still in my hands.

We have met four years ago and friended each other the day after. For the first two years we shared our lunch daily but since the last two, we only have 133 friends in common. Today, among many busy Mac bees, we are lunching again. It is good to see her; it’s been a while now.
…

Is she really typing down all that I am saying? Neh, I doubt that, but maybe. But I think she would have asked. Ok, I stopped talking, but she is still typing. Maybe she is just quickly translating some of the words that I said? Nope, I don’t think so. Strange, she just asked ‘so how are YOU?’ for the third time in the last 15 minutes. She must have noticed the silence. It seems like silence might be making her uncomfortable. She begins to talk again, to share her story, some numbers and victories.

She reaches for you, taps your belly four times and you show her this cute photo of her. She relaxes. I wait and wonder if there is still some sharing to come, or is it only selfish from now on.

Afternoon tea and a biscuit.

Hey YOU! You should have just pulled her straight into your luminous, pixelled world, I thought.
She is tiny, she would have fitted in and I wouldn’t have to sit there and wonder for an hour and a half. Next time though, when I meet a friend, let me! Let me talk and look at her without you being there staring at us at all times ready to steal her gaze, her index finger and our spoken words making me, once again, feel not interesting enough and not interested often enough. Will you? Thx.

By dinner time Sam still didn’t have anything to say. I checked on him after I ate and before I went to bed. There was no reply. Digital Distraction nor Infomania never responded to me. Neither did the Fear of Missing Out which, to be honest, was to be expected.

We never met personally but we all grew up next to each other. Since a good few years we have been learning from, taking and using each other to know more and to look better. I guess that is why it became so hard to suddenly admit that it isn’t working between us anymore or to at least establish a distance of some sort. It used to be fun but now it feels as if all three of them forgot about the promised friendship. As if all they want is to steal big amounts of audible talk, patience, time, stillness, focus and self-confidence, in return having to offer addictions and hunger for some more dependence.

I promised myself I wasn’t going to touch him anymore that night but letting him lie there and blink for a long period of time felt wrong. I gave in. I swiped, scrolled and saw that 27th person liked my picture. I relaxed and smiled to myself. A few minutes later I must have already been asleep.